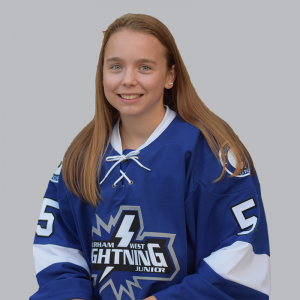 Kelsey’s hometown is Sudbury, Ontario. She started playing hockey at four years old. It was then that Kelsey fell in love with hockey. It was the excitement of the game that captured her interest, especially when the puck would be turned over, creating a scoring opportunity for the opposition. Kelsey is calm, observative, friendly. Her teammates and coaches also describe her as focused, committed and supportive. Kelsey, having friendly, hardworking, and willing teammates, is inspiring. Having great teammates pushes everyone, including herself, to try their best and never give up. Her other interests include playing sports with friends such as soccer, mountain biking, and wakeboarding. She enjoys cooking, reading, and playing instruments like the piano and the ukulele.

Kelsey’s focus is to be a student-athlete and play hockey at the university level.

Some of her planned adventures and experiences will include skydiving, fairs, travelling, canoe camping, and hiking. She plans on adding to her overall life experience, which provides for fun with friends that will last a lifetime.

Kelsey is currently learning German to become more fluent, so she can travel to Germany and converse with the locals.

Winning gold at the Provincials in major atom: The team were the underdogs and came together to play incredible games in the quarter-finals, semi-finals, and the finals. The team was not expected to win and proved themselves with their heart.

Winning silver at Esso Cup in 2019:  The Esso Cup was a fantastic experience as her team played against some of the best players in the country.  The team played their best during the finals giving all they had. 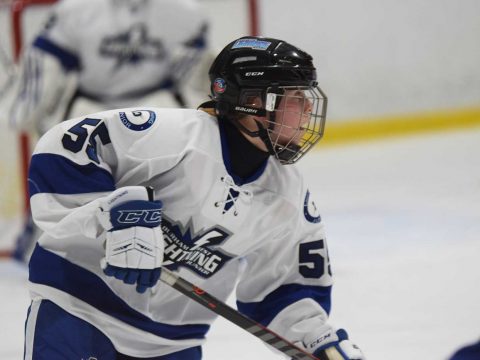 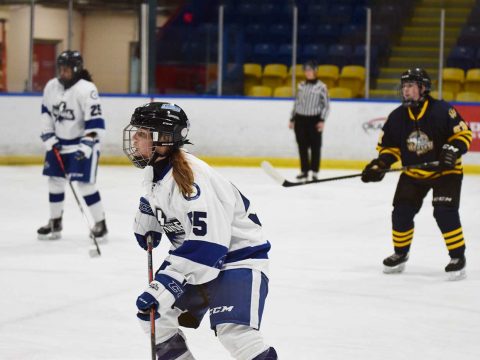 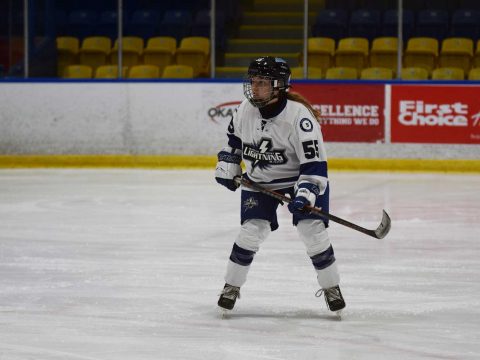