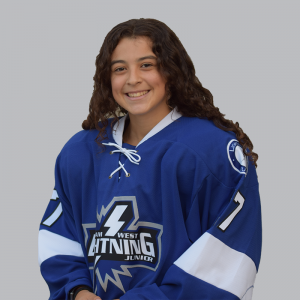 Cailey’s hometown is Sutton, Ontario.  She started playing hockey when she was four years old, and it has always been the most significant part of her life. Cailey loves that hockey has given her goals to aspire to.  It has helped her work to remain focused on finding a healthy lifestyle and having the best possible grades in school.  Hockey has given her the chance to find people with similar interests and connect with an entirely new group of people.  She loves the atmosphere of the game and how much suspense and excitement the game holds. Cailey is honest, athletic, passionate and positive. Her coaches and teammates describe her as versatile, focused, committed and a team player. Cailey feels her parents are a significant source of inspiration for her.  She knows they have sacrificed so much for her, and she aspires to make them proud.  She credits her dad for the “time he has spent helping me train and elevate my play.”  She also recognizes the efforts her mom has made to take her to every game and practice.  Cailey feels very supported by her parents and is grateful for them and all they have done. When not playing hockey, Cailey can be found playing some other sport.  She plays competitive lacrosse and soccer in the summer and is on her school’s field hockey team.  Cailey is a dedicated volunteer and helps organize various events like the Special Needs Track & Field meet and food and clothing drives.

Cailey plans on graduating from a top university and obtaining a degree in a field she is passionate about.  She can also see herself playing professional hockey in Ingolstadt, Germany, where she was born.  She sees this as an excellent opportunity to learn more about where she comes from and expand her hockey career.

Cailey is passionate about volunteering. She has plans to travel across Africa and help build schools for children in the poorest parts of Africa.  She sees it as essential to help provide them with stable and proper access to education. 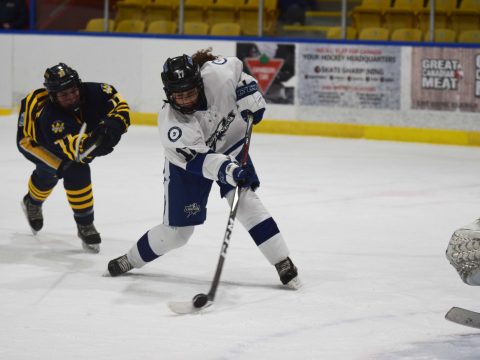 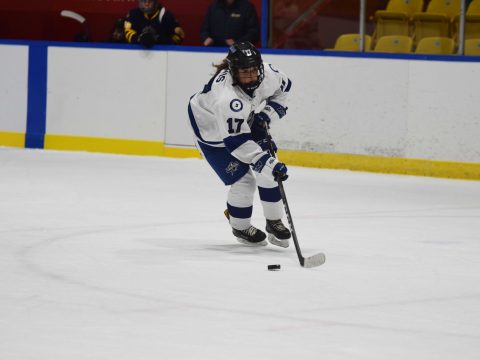 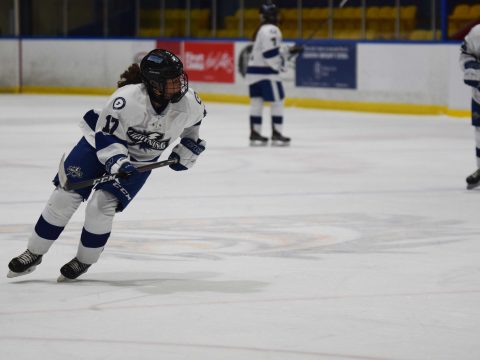