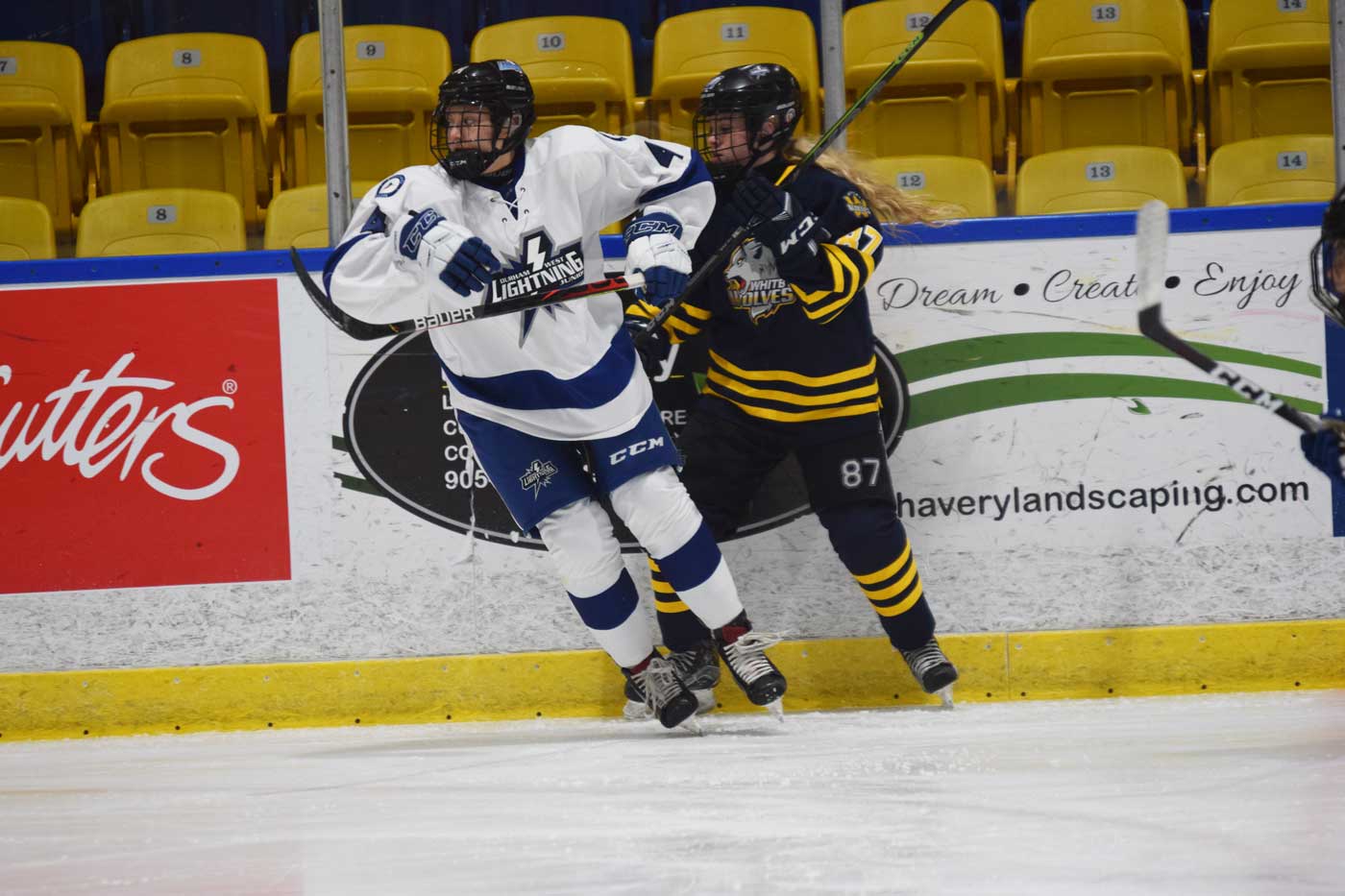 It was a 3-0 victory for the Junior Lightning over the Junior Wolves in the second game of head-to-head matchups between these teams. The Bolts maintained their strong offensive push in this game with 37 shots on net.

Durham’s power play was called on at 17:54 of the 1st period. The power-play unit had good puck control and movement but was not able to score. Scoring was opened by the Bolts at 13:26 of the first period when Michela Lio #71 intercepted the puck behind the net and quickly fed it out front to Izzy Wunder #9, who shot blocker side to score as Cailey Davis #17 provided the screen. Durham’s second goal was scored by Alexis Perry #25 after a turn over by Sophie Hudson #94 on the forecheck. The night’s final goal came from Michela Lio #71 on a one-timer off a pass from Issy Wunder #9.